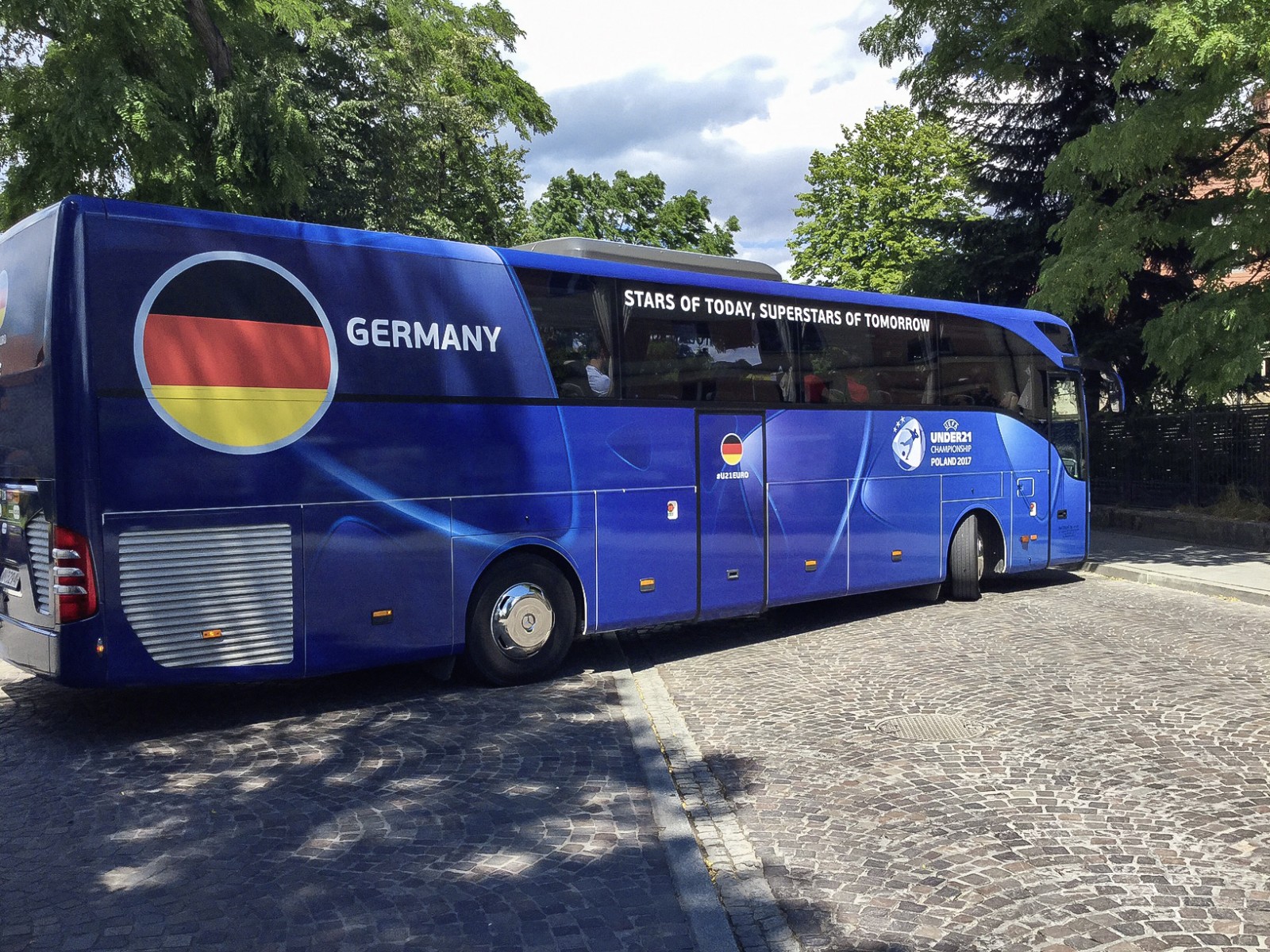 The slogan printed on the side of the Mercedes-Benz Tourismo coach, "Stars of today, superstars of tomorrow", fits for the German soccer team. Congratulations to our "Superstars of today". Yesterday DFB coach Stefan Kunz's team beat the Spanish U21 selection in the final to take the Euro U21 title. This is the second time Germany has won the championship, the first being in 2009 in Sweden. Rarely has a Mercedes-Benz Tourismo seen such exuberant celebrations as on the way back to the team hotel from the stadium in Krakow. The Polish transport operator RAF TRANS has made twelve Mercedes-Benz Tourismo touring coaches available to the twelve U21 national teams competing in the Euro U21 Championship in Poland.