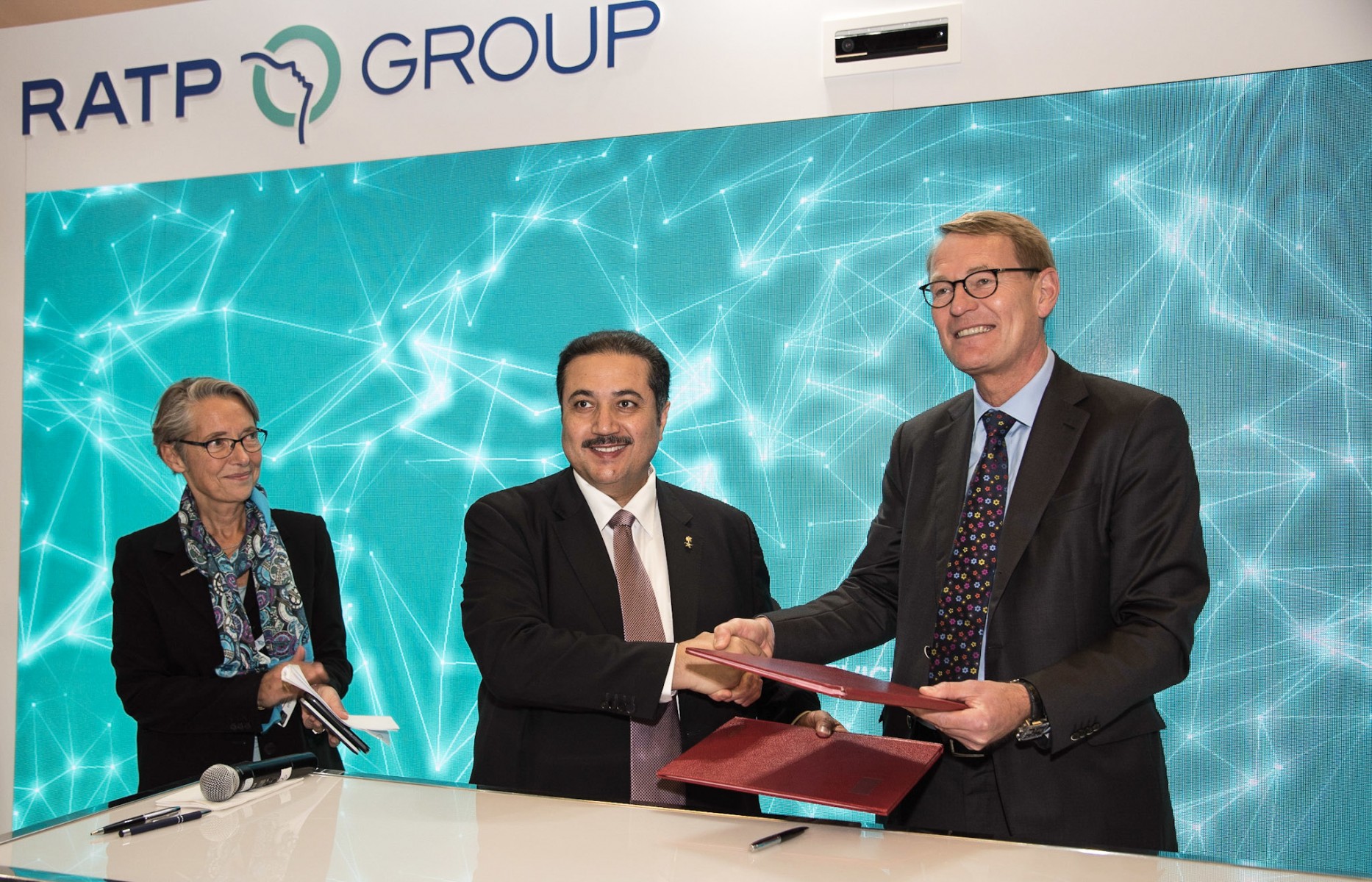 Stuttgart/Montreal – The Saudi bus operator SAPTCO (Saudi Public Transport Company), in a joint venture with the French transport operator RATP – Dev (Régie Autonome des Transports Parisiens), has placed an order for 600 Mercedes‑Benz Citaro buses. This represents the largest single order for Mercedes‑Benz Citaro city buses in the history of Daimler Buses. The contract signing took place at the UITP Global Public Transport Summit in Montreal on 16 May 2017. The initial batch of around 200 Mercedes‑Benz Citaro G and Mercedes‑Benz Citaro Solo buses will be handed over to the customers as early as 2018. The remaining 400 vehicles will then be delivered up to 2020. The vehicles are to be deployed in the Saudi capital of Riyadh, where for the most part they will operate on newly established BRT routes (Bus Rapid Transit). The large order will be processed via the Daimler Commercial Vehicle Regional Centre for the Middle East and North Africa, which is headquartered in Dubai.

"We are delighted to cooperate with our long-standing partner SAPTCO to provide high-standard services to the local public transport in Riyadh", explains Hartmut Schick, Head of Daimler Buses. "We are honoured by this trust, the Saudi bus operator placed in us. It once again reflects the fact that thanks to our high-quality products, we are also continuing to grow profitable beyond our core markets."

The agreement is an important milestone in the partnership between Daimler Buses and the two bus operators SAPTCO and RATP ‑ Dev. SAPTCO is already a long-standing customer for touring coaches and in 2016 purchased more than 200 Mercedes‑Benz Travego 15 SHD touring coaches. The order for 600 Mercedes‑Benz Citaro buses is the first major order in the city bus sector.

Special vehicle configurations for operation in the desert

The 400 Mercedes‑Benz Citaro G and 200 Mercedes‑Benz Citaro Solo buses will be specially adapted for operation in the hot desert region of Saudi Arabia. The equipment package comprises such items as an uprated air conditioning system, circulating air blowers in the doors and also double-glazed, darkened side windows. The interior and exterior design of the vehicles has been desigend specifically for the customer requirements of the municipal authorities in Riyadh.

The vehicles are fitted with state-of-the-art IT systems. All buses are equipped with WiFi, 18‑inch flat screens in the passenger compartement and systems for cashless payments. Beyond that automatic passenger countings at the doors as well as intelligent vehicle networking with control systems and service partnes support the fleet operators with the preparation of timetables and maintenance intervals.

Order to be processed via the Regional Centre in Dubai

The large order is to be processed via the Commercial Vehicle Regional Centre headquartered in Dubai and demonstrates the success of the regional sales and service strategy adopted by Daimler Trucks & Buses. With its regional centres, Daimler is focusing even more intensely on the specific characteristics of the commercial vehicle business and as a result is closer to customers and markets. The Regional Centre in Dubai has been acting as the hub for Daimler's commercial vehicle business in the Middle East and North Africa since 2015. In total it looks after some 19 countries - from Morocco to Pakistan. The new company, called Daimler Commercial Vehicles Middle East & North Africa (DCV MENA) is responsible for business involving the Group's entire commercial vehicle portfolio – from the Mercedes‑Benz Citan urban van through to the Mercedes‑Benz Actros heavy-duty truck. Globally there are six regional centres, namely for the Middle East and North Africa (Dubai), Central Africa (Nairobi), Southern Africa (Pretoria), South Asia (Chennai), Southeast Asia (Singapore) and Latin America (São Bernardo do Campo).